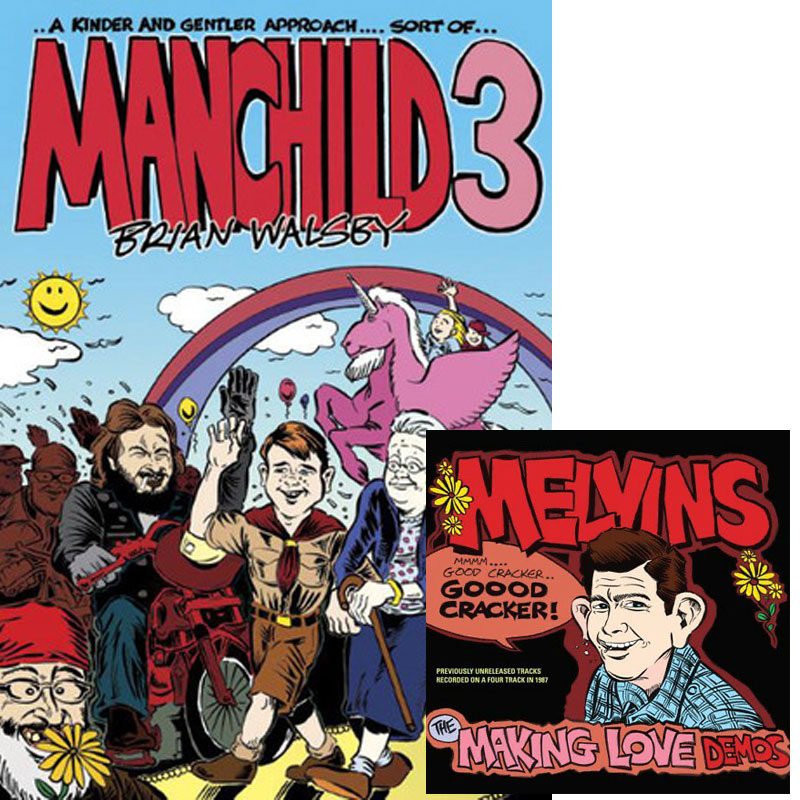 Elder punk/art statesman Brian Walsby is back with another stinging slab of satirical comic art. In this new collection, Brian applies his fine tuned illustrative skill and wit to the following masterpieces: The Melvins 2006 Tour Diary, Life After Black Flag, SCTV: The Best Goddamn Comedy Show Ever, Magical Melvins Moments, Hang The DJ, Careers of the Black Flag My War Puppet, How I Survived Grunge, Rules For Young Rock Bands On TV, Whatever Became of Your Favorite Punk Rock Mascots, Rodney On the Rock, Well Meaning White Guilt, and many others.

Oh yeah… MANCHILD 3 comes with a Melvins CD. The Making Love Demos is a collection of 8 unreleased tracks recorded by the band in 1987. While the original master tapes have long since

disappeared, It just so happens that Mr. Walsby was given a copy of this recording back in ‘88 and held onto it just for this very moment. We’ve had the whole thing mastered and tweaked for your

listening/collecting pleasure. It’s still raw as hell, but we like it that way. Four of these songs were re-tooled and recorded for the Ozma record. Four of them exist only on this CD.