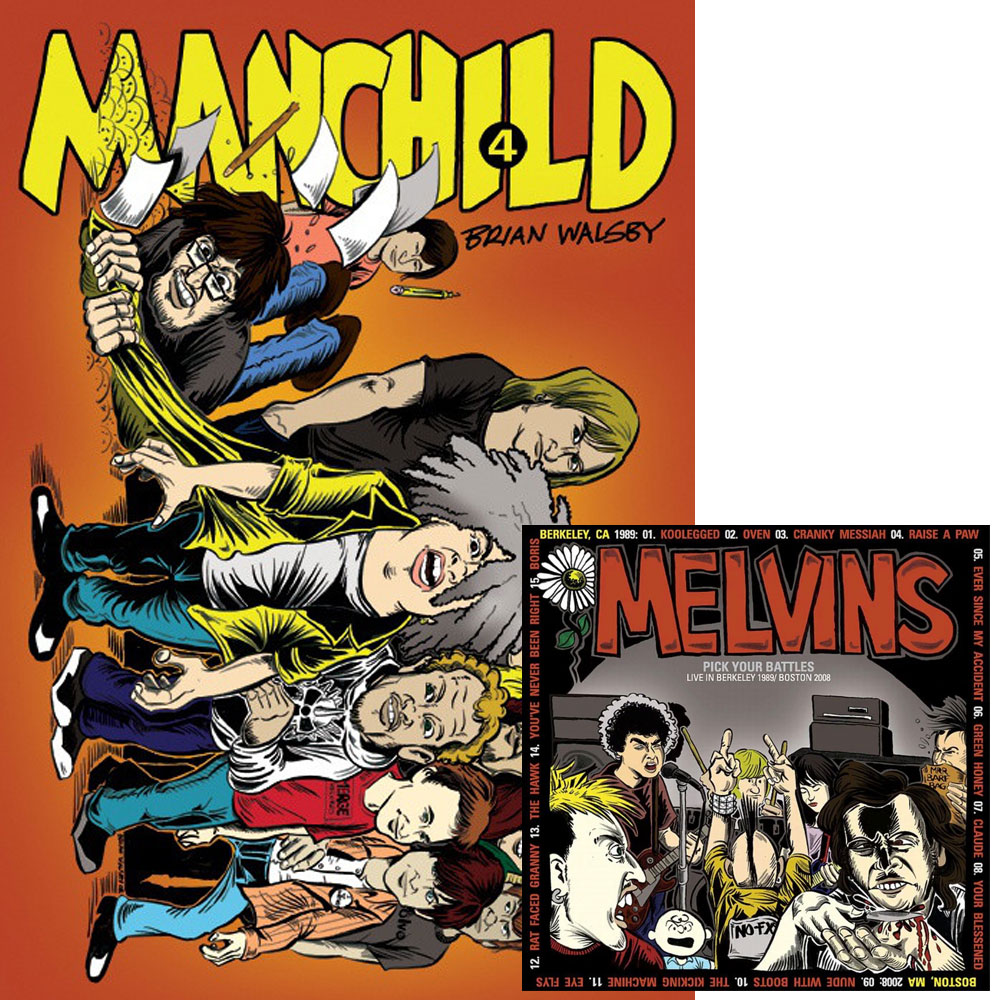 For the Second time, Mr. Brian Walsby has compiled a collection of edgy, biting comic art and bad assed, rare tunes from the Melvins. MANCHILD 4 is 100 pages of illustrations and stories from a comic artist who’s been poking fun at subversive youth culture, pop culture, your favorite band, and himself since the early ‘80s. You’ll laugh. You’ll cringe. You just might get angry and start a message board war. Contents of Brian’s new book include “No! I Don’t Want To Play Your Effing House Party”, “Frisky’s Beaver Hut”, “We Were All Assholes”, “My First Orgasm”, “Emo Rock Revival”, and tons of others. There’s also an in depth Melvins 2008 tour diary that’s sure to break a few eggs.

Pick Your Battles is a 15 song CD of live Melvins tunes recorded in 1989 at the 924 Gilman St. Project in Berkeley, Ca. and in 2008 at the Paradise Rock Club in Boston. The track list is as follows: Koolegged, Oven, Cranky Messiah, Raise a Paw, Ever Since My Accident, Green Honey, Claude, You’re Blessened, Nude With Boots, The Kicking Machine, Eye Flys, Rat Faced Granny, The Hawk, You’ve Never Been Right, and Boris. You can buy these tracks on ITunes if you’re into that sort of thing. SOLD OUT