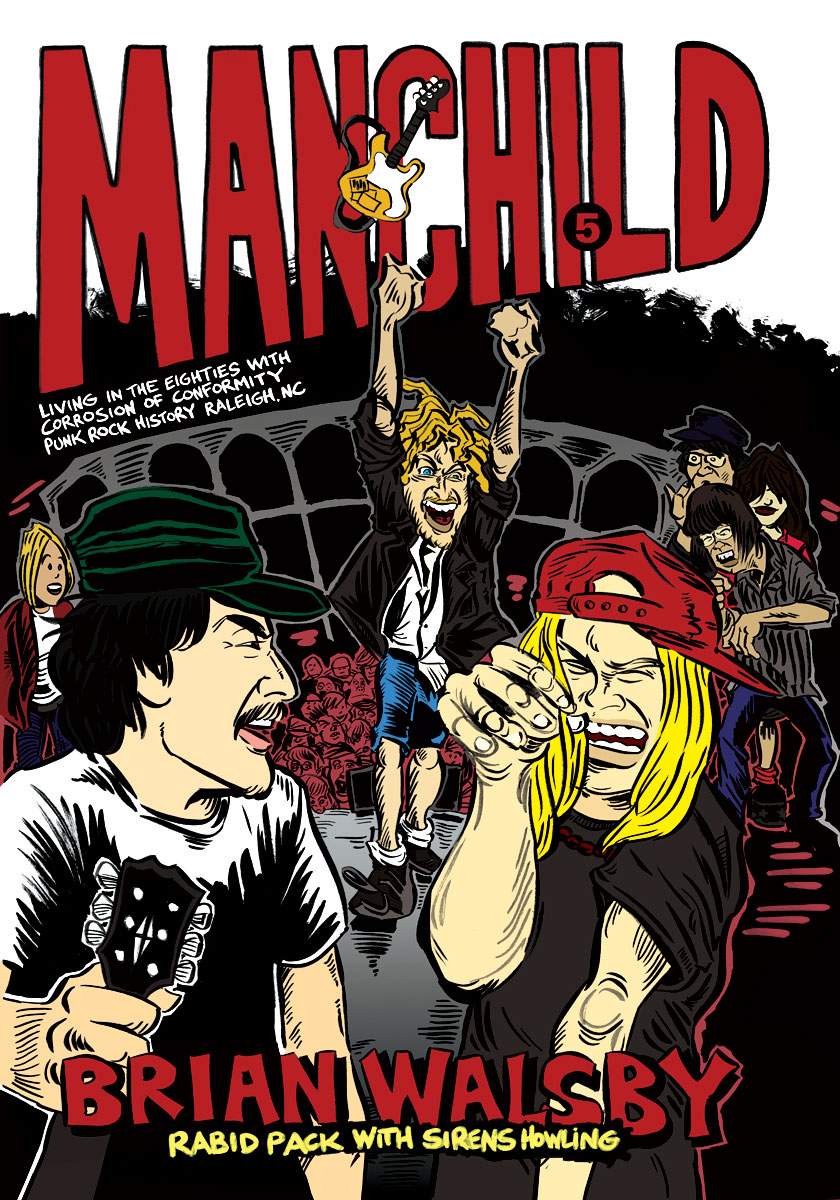 In the early 1980s Hardcore Punk swept across the US like a shock wave of youthful spirit, ingenuity and aggression. Los Angeles had bands like Black Flag and artists like Raymond Pettibon and Pushead charting new waters of sound and visual imagery. New York had Bad Brains and Sean Taggart. Raleigh, North Carolina had Corrosion Of Conformity and comic illustrator Brian Walsby. Since 1984, Walsby’s iconic illustrations have graced countless album covers, T-shirts and the pages of magazines such as Flipside, Maximumrocknroll, Hustler, Decibel and many others. In 2004 Brian’s first book of comic art MANCHILD was released to worldwide applause from critics and fans alike. Mr. Walsby went on to release MANCHILD 2, 3 and 4 from 2006-2008. As these books have gone out of print and become sought after collectors items, Brian continued illustrating, writing and collecting photos for what was to become MANCHILD 5 Rabid Pack With Sirens Howling. MANCHILD 5 documents the bands, fans, and scene politics of the early Hardcore scene as viewed from Raleigh, NC in the 1980s. Readers are given a vivid picture of this era through Walsby’s infamous comic art, rare photographs and the words of the people who lived through it all. With the band Corrosion of Conformity at the center; MANCHILD 5 proves to be a fascinating read filled with anecdotes about punk houses, scene drama, and bands like Bad Brains, No Labels, Scared Straight, Black Flag, Days Of, Wwax, Minor Threat, Confessor, Ugly Americans and many others.