The Whistle Of The Missle 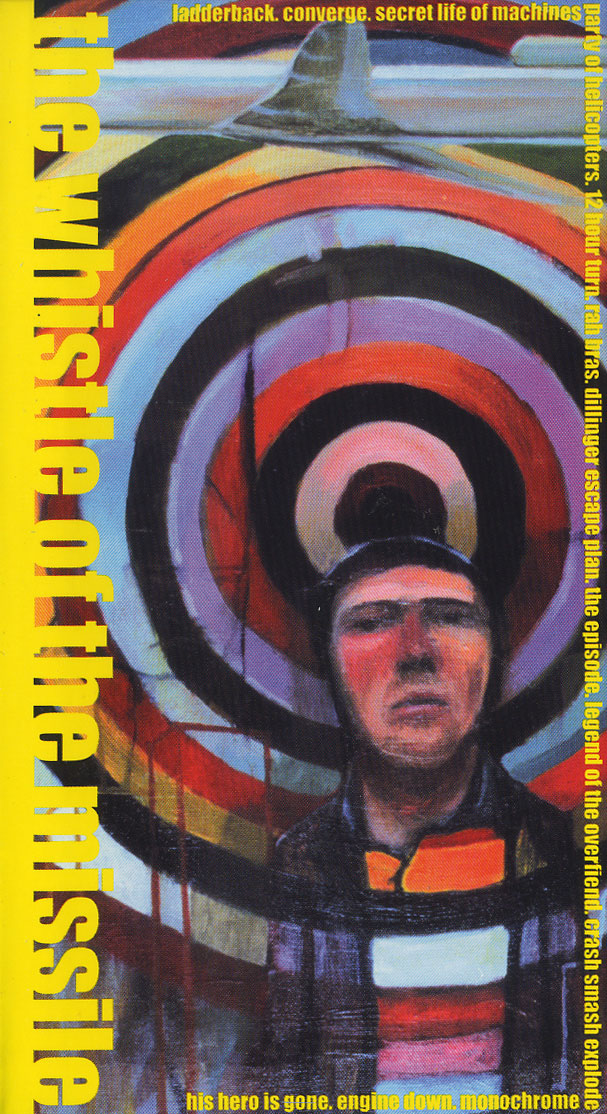 No purchase options available yet

The original press release for this one read:

An hour and a half of short films and live rock. For this one we took submissions from filmmakers and compiled them along with some powerful performances from Converge, Ladderback, Secret Life of Machines, 12 Hour Turn, The Episode, Dillinger Escape Plan, His Dero is Gone, Engine Down, Legend of the Overfiend, Party of Helicopters, The Rah Bras, and Crash Smash Explode. Filmmakers include Brad Scott, Roby Newton, Steve Olpin, Matthew Fulchiron, Greg Lnquist, Charles Cardello, Carl Weichert, Randall Bobbitt, Curt Sanford, Vikki Warner, Vincent Chung, and Dave Lukasik.

At this point we started putting catalog numbers on our releases. This was “BFM004”. It was obvious that we were in this for the long haul and everything we had done so far was well received. For this, our second video release, we decided to compile short films by people who were involved in the music “scene” and feature them alongside some bands that we liked.

The most memorable thing about this release (to me) is the cover art by Brian Buchanan. The front painting features a passenger jet flying over a dude, dropping a cross on a target. The back cover painting features the twin towers. This was released in 2000.

This title is out of print.