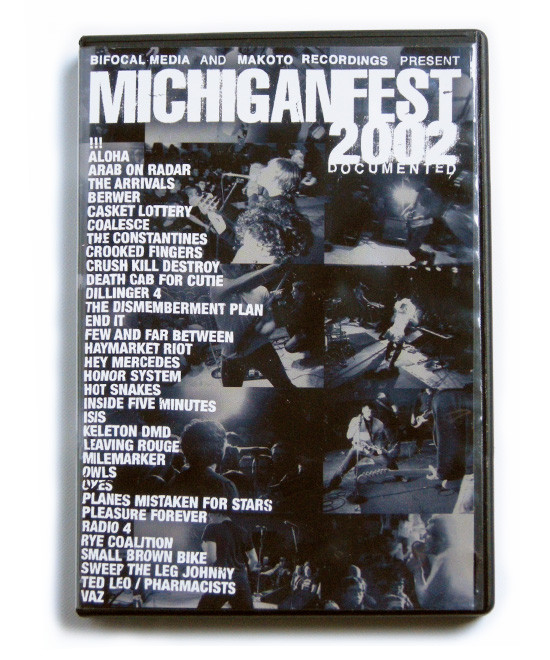 I should start with the lineup of bands included on this one as it’s pretty impressive and actually stands the test of time for the most part. Playing this festival and featured on this DVD are:

After a few phone conversations with the folks who were organizing the fest, Brad and I flew into Wayne Michigan with a small crew and a bunch of gear to capture this event. It was held in a VFW hall and there were thousands of folks there from all over the world to watch some of the best bands the underground had to offer in 2002. There’s a song from every band as well as silly interviews with most of them. Since we took cameras with us everywhere over the weekend and we were partying just as hard as anyone… there’s a lot more than just live music featured here; There’s a ton of behind the scenes stuff that really documents the spirit of the event and the underground “scene” at that time.

The record label (Makoto) who put on this amazing festival ended up folding shortly after it came out and we ended up producing the entire release ourselves. The first batch that came back from manufacturing had sync issues for a song or two. We fixed this for the next few batches of them. I’m happy to have been a part of this valuable time capsule of a film.

WE’RE CURRENTLY SOLD OUT OF THIS TITLE.